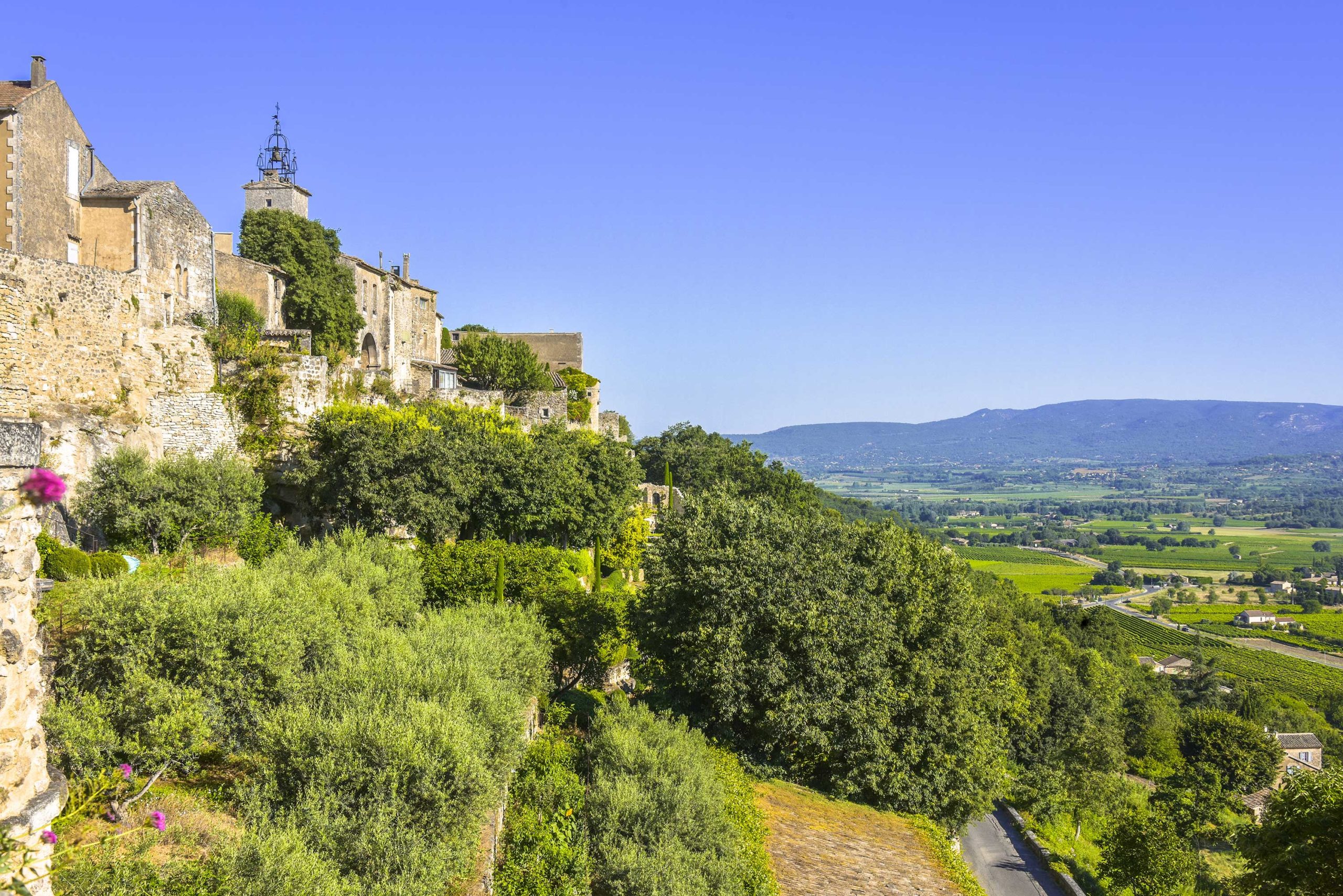 HISTORY
The Hôtel d’Astier de Montfaucon, built in the C17th and 18th, has been owned by the municipality since 1751.  During the C19th it was a hospital and then a school for boys up until 1953. In 1955, the building was listed as a historical monument, and renovated in 2004.
A PLACE OF DISCOVERY
The ‘Maison de la Truffe et du Vin du Luberon’ – or Luberon House of Truffle and Wine – is an establishment devoted to awareness raising about the truffle and the wine of South Eastern France.
Open all week 1 April to 31 October
10 am – 6:30 pm
At other times tel: 04 90 72 38 37
http://www.vin-truffe-luberon.com

THE BOUTIQUE
Here you will find truffle-based produce and of course fresh truffles in season (Melanosporum in winter and Aestivum in the summer), an interesting bookshop about Provence, wine and truffles, regional produce…
Truffles may also be mail-ordered, express delivery. 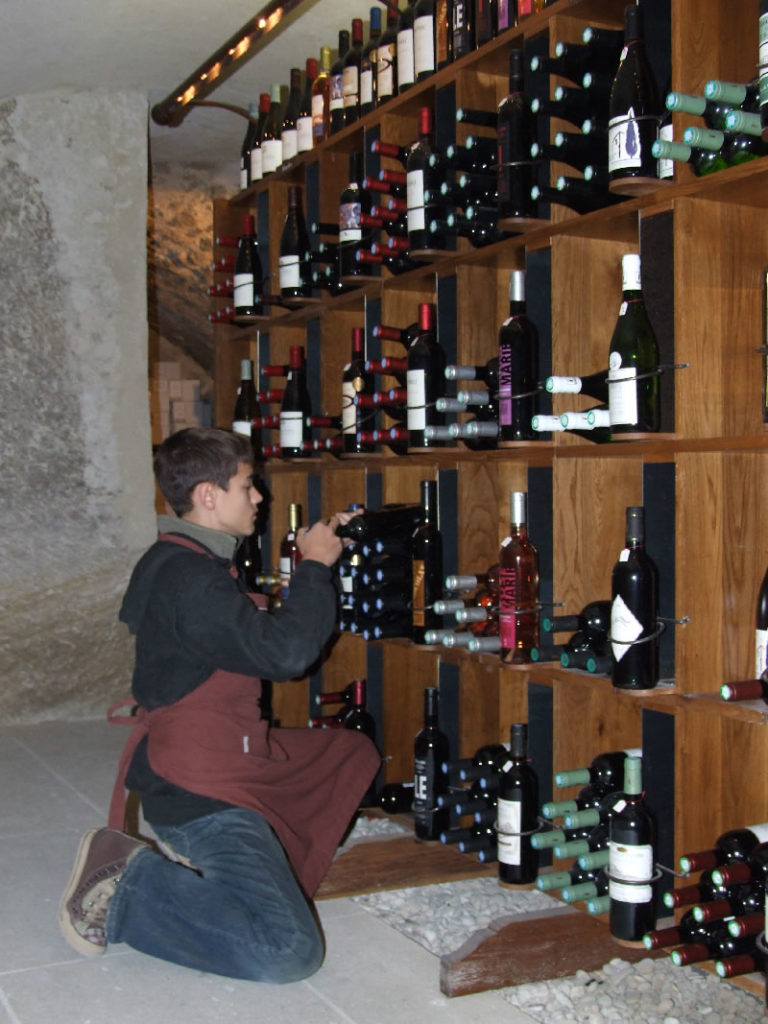 AN OENOTHEQUE
The cellars house the Oenotheque of the Regional Park of the Luberon  bringing together in a single place all the wine producers of the region, i.e. the appellations AOP Luberon, Ventoux and Pierrevert.
Wines are sold at the going price of the cellars or vintners.
Free  tastings are available April – October.
Mail order and delivery available including combined orders of different brands.

CONFERENCE CENTRE
The House can also be rented out for all types of event. We make available our magnificent rooms and gardens… 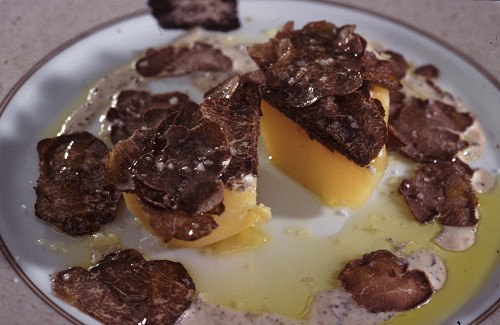 A LABORATORY
Fitted out with 18 individual tasting  posts, the lab offers wine-tasting training for amateurs during the summer months. Private tastings can be organized on request.

WINE BAR AND RESTAURANT
In the summer months you are invited to relax and taste a glass of wine in our beautiful French gardens.

As of 12:30 and up to 5:30 pm our chef proposes truffle specialities notre  spécialités à la truffe (tortellinis à la truffe Aestivum, omelettes or brouillades à la truffe Melanosporum, … ) not forgetting the surprisingly delicious pomme Isabelle,  an apple and caramelised desert.
Advisable to book in advance. Tel : 04 90 72 38 37
The garden may also be privatized for receptions, drinks..

This townhouse was built on the remains of the old ramparts and encloses some ancient areas carved in the rock.

It was built in the C17th by the Astier de Montfaucon family who were Barons from the Languedoc region usually resident in Carpentras. This appealing structure, inspired by Italian designs, was intended as a country house and includes a wonderful loggia opening onto an enclosed garden with beautiful panoramic views.

The main straight-flight ornamental staircase with  a square bannister leads to the upper floor where there is a bedroom containing an alcove that still has remains of polychrome paintwork. The ground floor is entirely built with vaulted ceilings. In the garden there remains a wall-mounted fountain with a sculpted mask and a well, plus a stone carved representation of the family coat of arms. 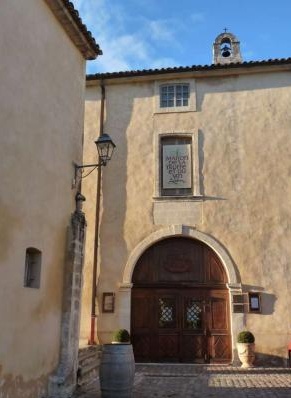 When it was bought by the commune in 1751, the Hôtel d’Astier was turned into a hospital.
In the C19th, educational activities were added, provided by the nuns of the Conception order who also looked after the sick.  The building then housed the village school until 1953.

Listed as a historic monument in 1996, it underwent restoration work before being turned over to the House of Truffles and Wine of the Luberon, a space open to the public devoted to the promotion of the local truffle cultivation and wine-growing.

This C16th house belonged to a recently ennobled Menerbes family, Girardet de Castelas. Sébastien, the first of its name, was the local magistrate in 1685. Located at the outset of the Bonnieux Road, the residence was integrated into the Saint Esteve quarter which had been established in the C16th. Standing on the opposite side of the street a private house belonging to Richard Constance channelled the visitor who was led to the Gate of the Elm (Porte de l’Orme), now no longer in existence.

To be noted on the facade is the staircase tower which contains several defensive fire slits. The ground floor housed a post office in the C18th, then an oil press and a silk workshop during the C19th.  The successive Girardet masters were allowed the privilege of using the water from the public fountain on the Square of the Elm to run their workshops. In 1735, a new covered public fountain was installed in their residential courtyard, to one side of the Chemin de Realet now called Rue de la Fontaine. une nouvelle Its vaulted arch can be seen. 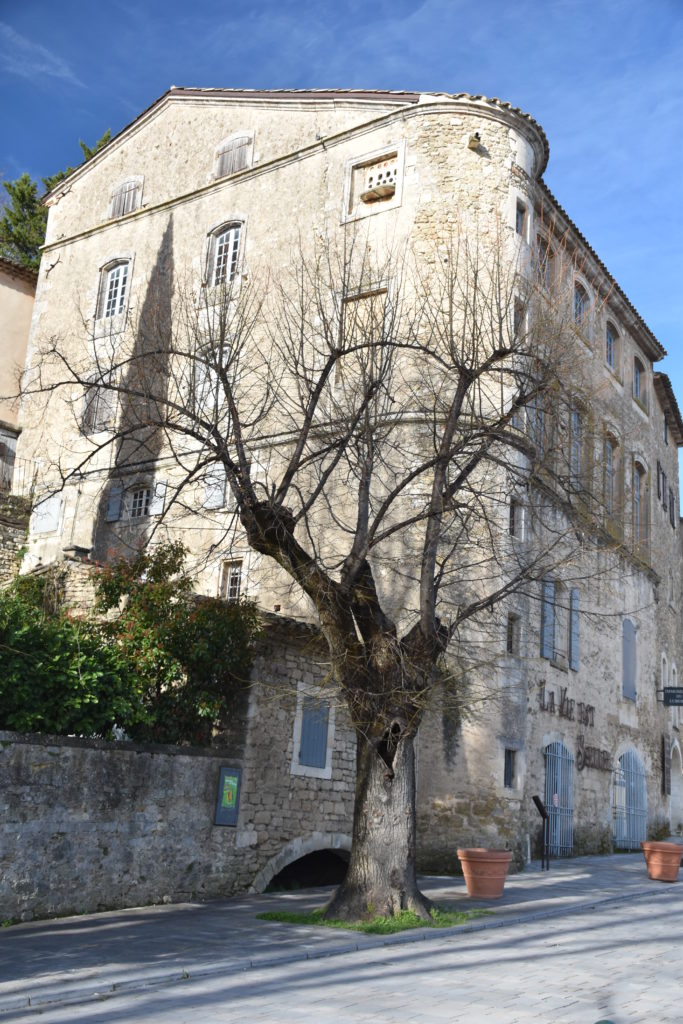 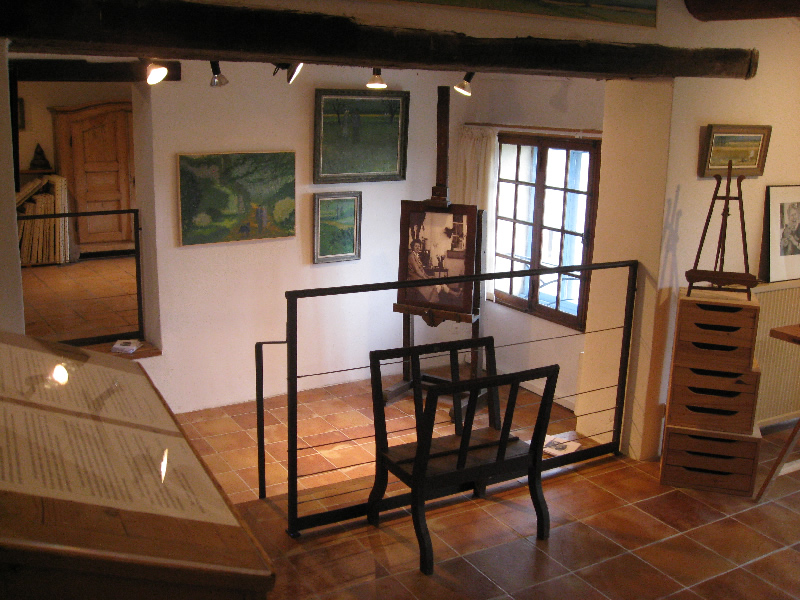 The House of Jane Eakin

The American artist bequeathed her house and collections to the village. After a two-year closure for renovation work, the museum house is again open to the public with a redesigned layout which intermingles the works and souvenirs of an artist whose exceptional destiny brimmed over with the joy of both living and painting.

Rue Sainte-Barbe, in the heart of the old village, in a Provençal house whose unpretentious and sunlit rooms, tiled floors and windows facing the Luberon, is where Jane Eakin, an American artist and outstanding personality, chose to live.

The house, full of works of art and souvenirs, was bequeathed by the artist to the village which she loved so much. It had had to close after severe flooding. Managed by the Townhall with the support of the Jane Easkin Foundation, it has now reopened with a new layout for her favourite paintings:  still-life, the grandiose landscapes of the Luberon, portraits, self-portraits, cats….Some of the collection evoke her stays in the United States or her life in Paris.  It is interesting to see how her arrival in sunny Provence lit up her paintings.

Site not suitable for disabled visitors. Two stories without a lift.

This former Carmelite convent of Ménerbes is built on a steep slope facing the Luberon, and has fortunately conserved its mediaeval architectural unity (C13th) alongside its C17th extension. A community of hermits fleeing the Crusades from Mount Carmel in Palestine lived here for five centuries. The Carmelite monks provided religious services to the local inhabitants and adapted the terraced land for crop-growing. There remain from those times a plain block stone church with a pointed barrel vault, a seemingly pre-C13th vestry, a C14th chapel with frescoes and halls for the daily life of the monks. 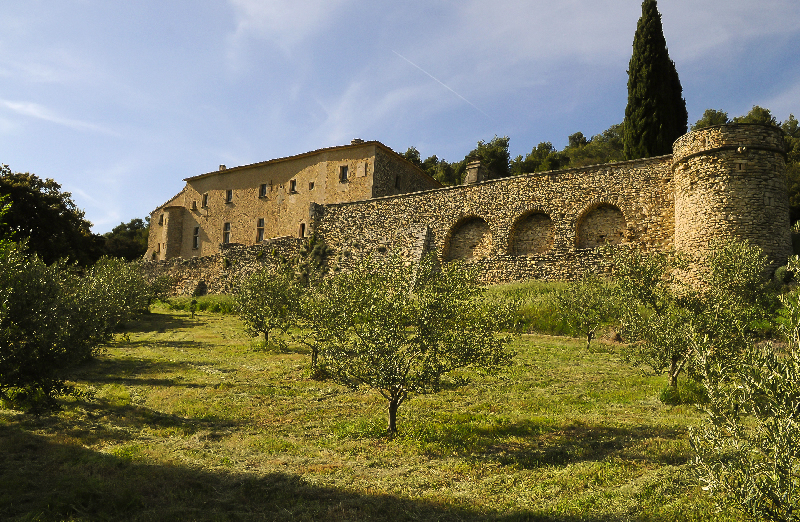 In the late C16th, a large terrace was created by the defensive walls and tower, built to protect the site. The convent was closed in the late C18th and sold in 1793 to farmers who settled there for two centuries. Listed as a Historic Monument In 1975, Saint Hilaire, a private property, welcomes visitors from the world over.
SITE : www.abbaye-saint-hilaire-vaucluse.com

Museum of the corkscrew/ Botanical Gardens

The ‘Musée  du tire-bouchon’ has over 1200 articles on display ranging from the C17th to the modern day.
From the first hand-made steel corkscrew to solid gold, ivory or silver works of art, the museum takes the visitor on a journey through time and space as they discover this unique collection.
At the foot of the village, on the Robion Road, the Museum is part of the Domaine de la Citadelle vineyard.
Visitors can complete their tour with a walk round the Botanical Gardens, and then see the cellars and end up if they so wish with some wine-tasting.

The Botanical Gardens of the Citadelle : A natural haven of greenery set in 12 acres enables visitors to discover the local flora. The six C18th terraces have been restored and cleaned to make way for a truffle farm, medicinal plants, aromatic plants, edible wild plants and magical plants.
A once-in-a-lifetime visit with a magnificent view of the Luberon, the Vaucluse Hills and the Ventoux Mountain.